An unknown castle fortress floats on the ocean's edge. 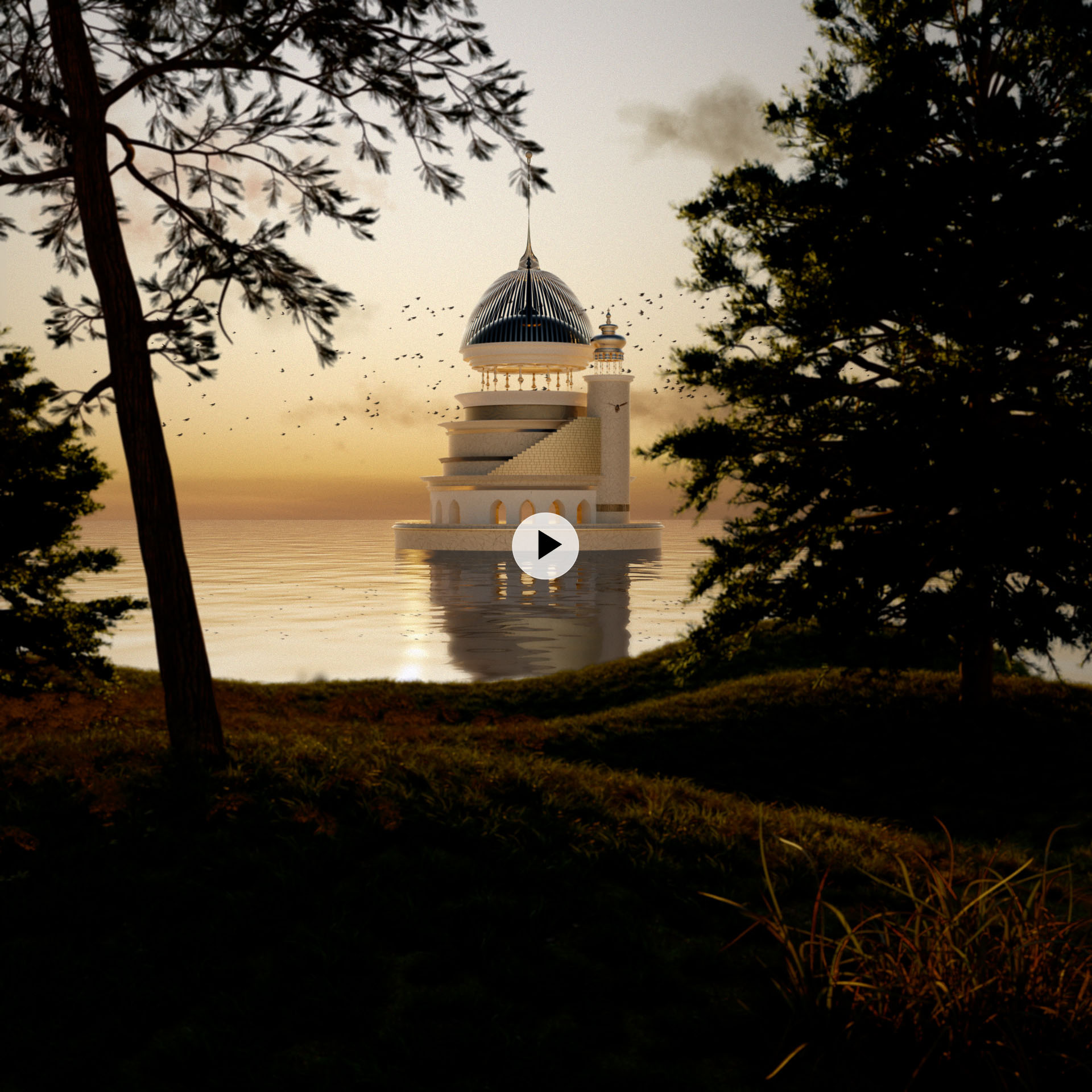 I was able to quickly model this castle using curves to create the base, dome and pillars, and used blender's wall factory to create the brick wall and stairs. From this, you can create geometry very quickly - but rough - so you won't see the castle close up in the video :)

Next, I used Blender geometry nodes to scatter the grass. I added trees and animated them slightly, and made the water loop. Birds were added with boid particle system. And animated the sun setting.

The idea was to create a tranquil visualizer with long drawn out shots so I could focus on feeling with just slight animation touches. Sometimes 3D software feels so vast that its imperative to simplify and de-escalate and focus on details instead of spectacle. 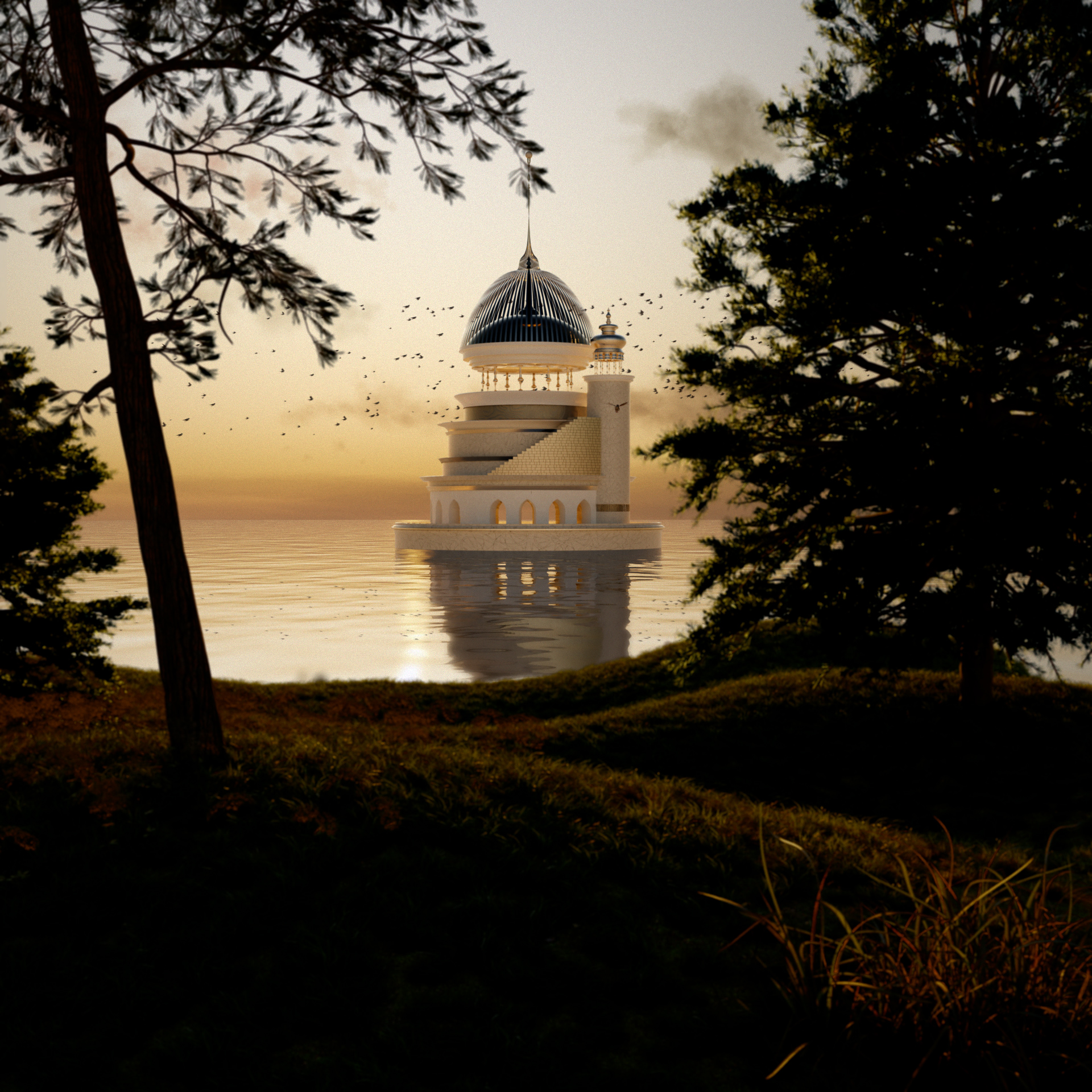 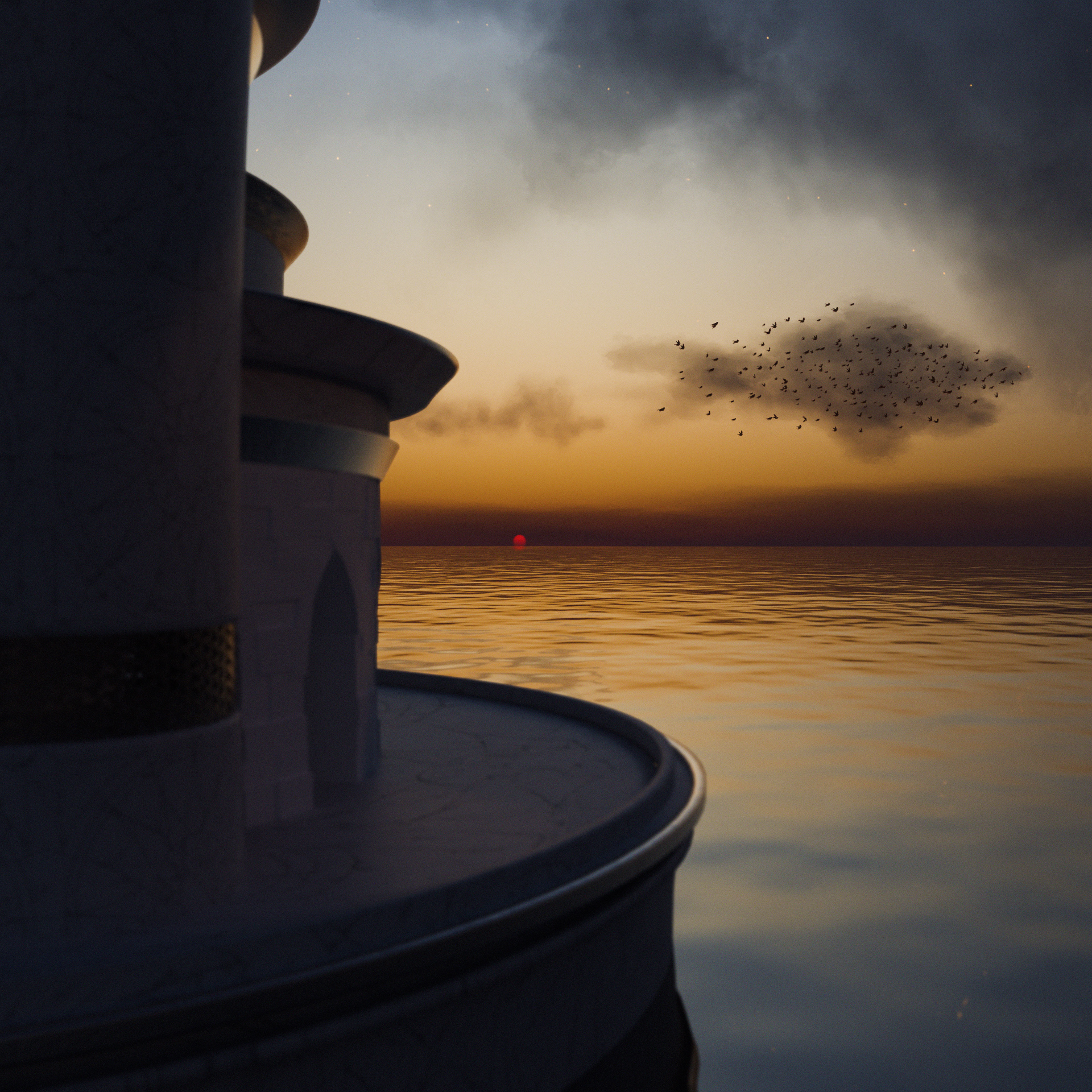 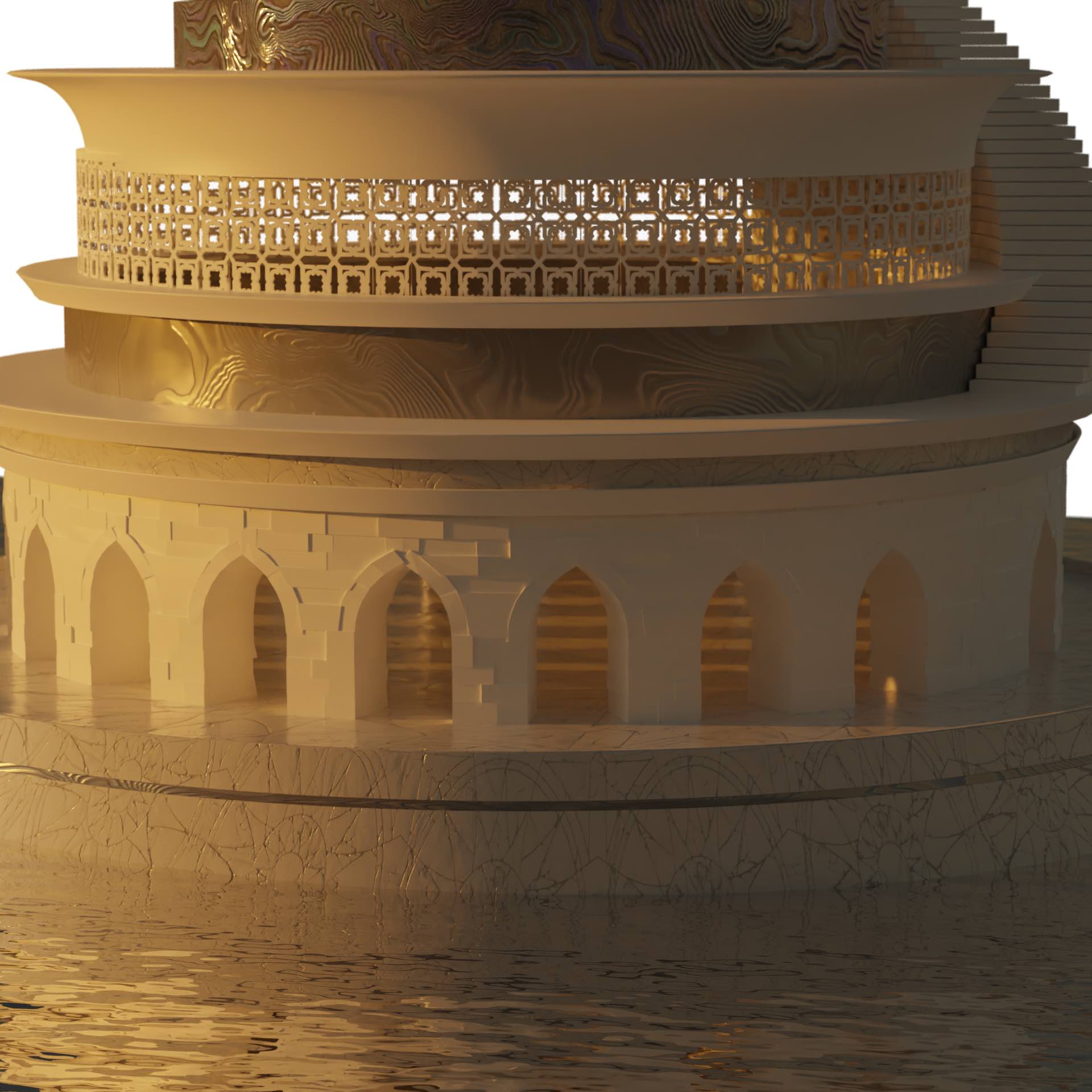 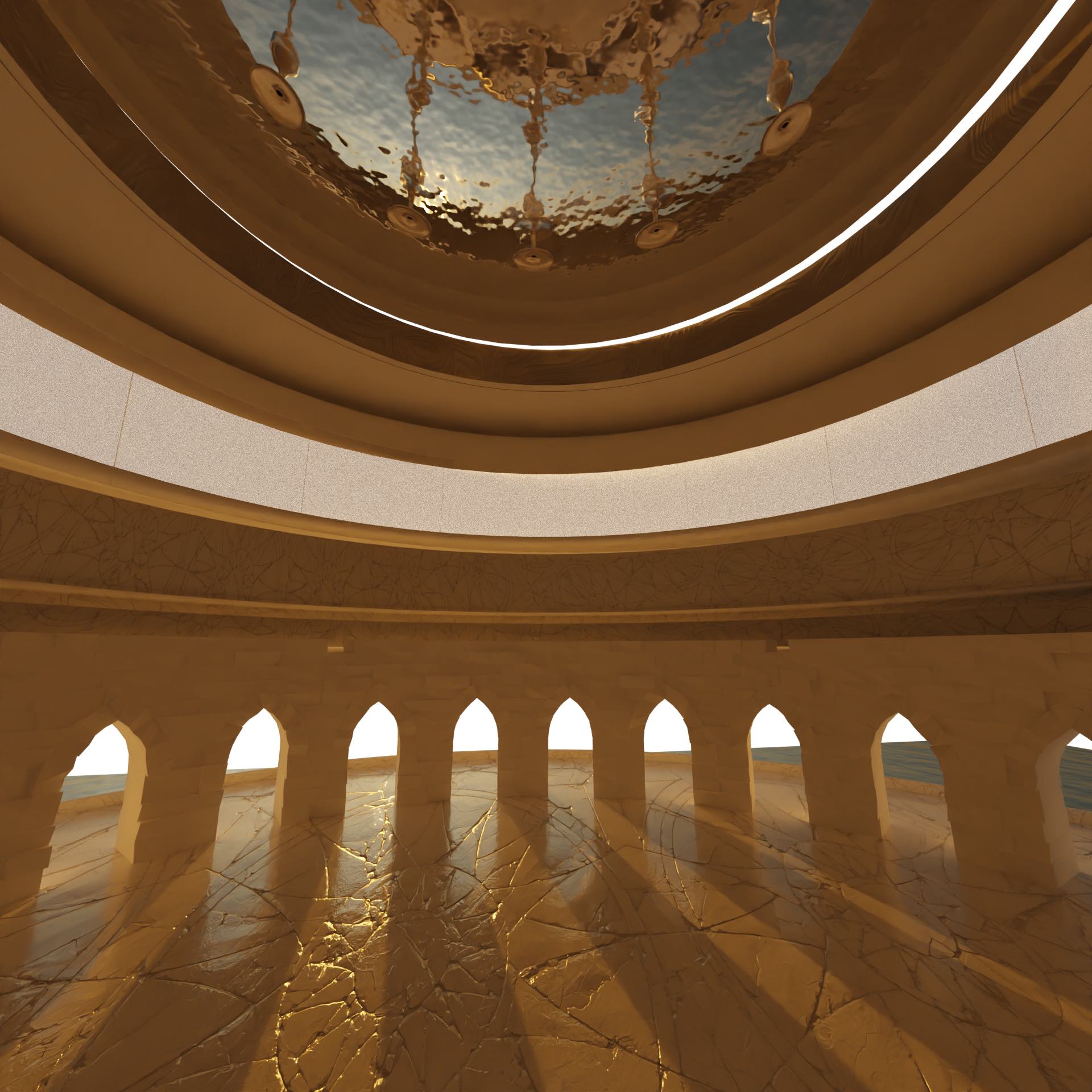 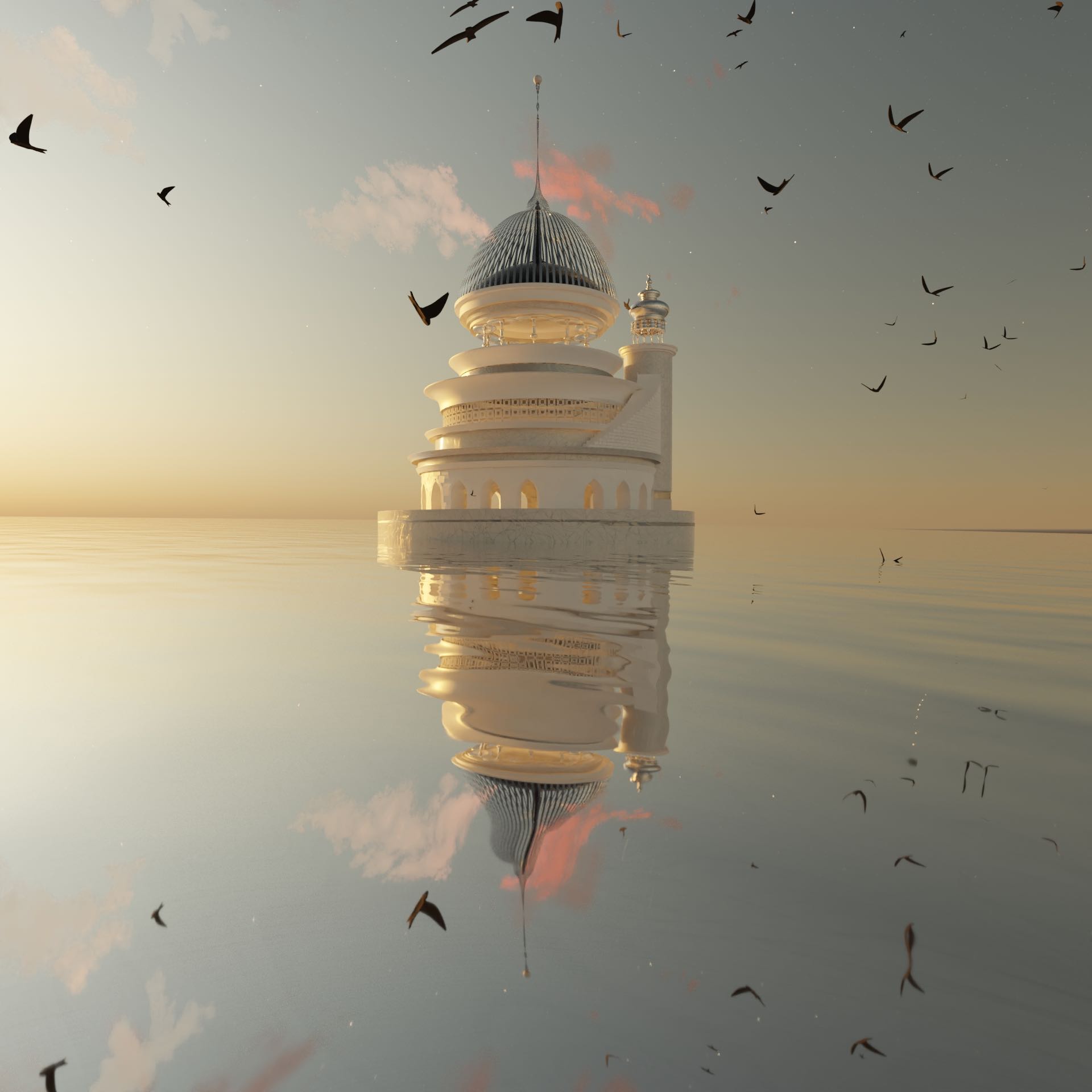